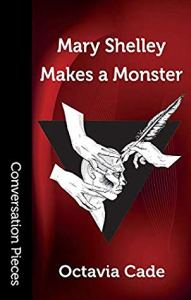 This is exciting news for me – my collection, Mary Shelley Makes A Monster, has been nominated for a Bram Stoker Award! It’s up for superior achievement in a poetry collection, which is nice for me as it’s my first Stoker nod. So I’m very happy about that, and happy too to be sharing the category with the other nominated poets: Linda D. Addison, Alessandro Manzetti, Donna Lynch, Michelle Scalise, Marge Simon, Bryan D. Dietrich, and Stephanie M. Wytovich.

Voting’s going on now, but the final results won’t be announced until later this year at StokerCon UK. Unfortunately, I won’t be able to attend as I’ll be in the middle of my writer’s residency at Massey University here in New Zealand, but it’s still great to be nominated.